Phrases like these started gaining notoriety in Silicon Valley circles sometime after 2008. And apart from the motivational aspects and quotes, a lot of the substance actually comes from the Lean Startup methodology popularized by Eric Ries.

The core idea is to create a faster product development cycle through hypothesis-driven experimentation, iterative product releases, and validated learning. At face value, it certainly seems that companies and startups who embrace that model are surely more innovative than others that don’t, but not everyone agrees.

Evan Spiegel, billionaire CEO of Snap, recently said in an interview with Wired:

“One of the things that happens when you're an innovator is there's actually no benefit to being really, really fast. You're the one creating the new stuff, so there's no one who's racing you. It's actually very important that you are slow and deliberate.”

This got us thinking—when we say “slow” and “fast,” what are we really measuring?

If it’s your time-to-product launch, then it’s pretty easy to gauge with standard operational measures. But what if you’re trying to measure and accelerate something less tangible, like your rate of innovation? The complexity of that measurement makes it tricky. Not only are you measuring the rate, but you’re measuring the success of the innovation and considering the climate in which innovation is taking place. In that way, you might have to consider things that feel less tangible and more abstract. For example, some things that slow down business operations –like time to reflect and review on past initiatives – can actually be a boost for innovative practices.

There’s no guarantee for that faster product development or increased production will create more value for an organization over the long term—that’s certainly the point, but the market could change or be disrupted at any time. Innovative practices at an organization rarely lead to decreased value over time because it’s not just the success or failure of a single product; it’s a new way of doing things that lets you adapt to changes and find better ways to deliver your value proposition.

You might be wondering, “Slow down? I have to move faster than my competition to keep my edge!”

Perhaps. But it’s worth noting that in an HBR study of 343 companies, the firms that “slowed down to speed up” averaged 40% higher sales and 52% higher operating profits over a three-year period.

This included pausing at key business junctures to assess surroundings, question deductions, etc. Slowing down doesn’t have to be a permanent change, either. Think of it like taking a breath to regain your footing then accelerating afterward you’re on more solid ground.

Consider this truth of backcountry hiking:

When you're trying to get somewhere in the backcountry, it's tempting to go full-force and then punctuate with rest when you run out of breath. But this isn't the most calorie/energy effective way to travel.

Instead, you slow down when you start to feel yourself running out of breath. Once you've caught your breath, you can increase speed again. You're able to travel longer distances, with fewer overall physical highs and lows, and with more predictable efficiency.

How To Slow Down For The Sake Of Innovation

If that’s a convincing case for ‘slowing down’ in some areas. Here are a few unconventional ideas you can implement at your organization to slow things down… in an effort to go faster!

Be open to ideas and discussion

When I used to work in construction, my boss would always say: “If you can find a better way, not a different way, a better way to do something, I’m always willing to listen.” And he pretty much kept his word, which lead to an ‘open door’ policy that allowed for growth and innovation in certain areas of the business.

The point of this anecdote is that if you’re hearing “This is the way we’ve always done it” and that’s the end of the discussion, you might be in trouble.

Following up on the construction story, my boss used a subtle cue in his wording about finding new processes. By prefacing his policy with “finding a better way, not a different” it sent a cue that I had better think carefully before suggesting a process that wasn’t superior. It encouraged me to think innovatively because I really wanted to prove myself, so I thought deeply about different ways to do each task better—constantly thinking creatively instead of just going through the motions.

Have you ever been in a meeting where decisions are being made and agreed-upon because, at the time, they are presented in a convincing manner? It’s a dangerous practice, yet it happens all the time. This is the classic example of moving too fast—slowing down to write out why the decision is being made can help remove some of the silver-tongued persuasion that can happen in the heat of the moment in a boardroom.

Is the act of writing reports like this boring? Of course, but if it saves your organization from risk by committing to a plan too quickly, it’s worth it.

Allow time to reflect and learn

This may sound obvious, but if you want people to slow down and reflect on projects they’ve completed or decisions they’ve made, you have to allow time for it. One example of this is scheduling a post-project assessment meeting—bonus points for requiring written analysis of the data in advance.

If the sole purpose of a meeting like this is to reflect and judge the performance of an initiative, you’re much less likely to cram in time for planning something new. The idea is to prevent the trap of failing over and over without understanding why.

In conclusion, if you’re looking to speed up your results, you may want to slow down and look at ways to increase innovative practices—rather than charge ahead with tactics that only increase operational speed. If you like what you read, consider subscribing to the HelloSign blog for updates when we publish new content. 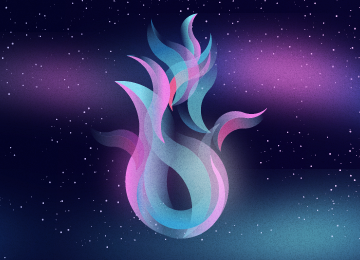 Digital Transformation Is a Stepping Stone to Innovation 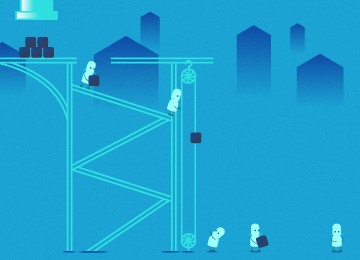 The Future of Work is Workflows 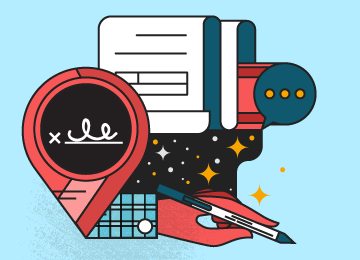 Register Now and Learn to Use HelloSign from the Pros!